Increasing cash collections and managing patient self-pay is a challenge for all healthcare systems. No one knows this better than Richard Nagengast, Vice President for Revenue Cycle at Mount Sinai Doctor’s Faculty Practice.

“It’s an increasingly challenging part of the receivables puzzle,” he says. “Especially in the New York City area, with a patient population that is hard to reach via physical mail addresses or even emails combined with an enormously regulated market.”

While he wasn’t actively looking for a new patient financial engagement solution, the simplicity and effectiveness of Direct MobilePay got his attention. Especially because it solved a problem for the revenue cycle team that Nagengast had been thinking about for quite some time.

“I am living at home with millennials who don’t even know what a paper bill is or how to make a phone call,” he says. “This has been a gap in our patient payment strategy that I’ve been aware of because of my kids. How do we reach out to the next generation of patients that aren’t used to paying their bills like other people?”

The answer: a text messaging-based approach to delivering both patient statements and the ability to pay those bills directly with no additional app to download or portal to log into.

At Mount Sinai, three distinct billing systems were successfully integrated and brought live on MobilePay in just six weeks during the late spring of 2019.

Ed Peterson, Director of Billing Operations, who has 300 FTEs reporting to him in the central billing department, says the implementation of MobilePay “still holds a record for fastest and easiest rollout in my 31 years of working in health IT.”

By way of comparison, Peterson says his team has been trying to install just a single API with another health IT vendor which has taken “close to a full calendar year.”

It’s a good thing the revenue cycle team at Mount Sinai Doctors deployed MobilePay when they did because less than a year later in March 2020 the COVID-19 pandemic swept through New York City. Mount Sinai Health System was at ground zero of the New York City outbreak, where daily life came to a screeching halt and paying medical bills became the least of every patient’s priority.

On top of that, those that could leave the city for safer environments often did so. “Cellphones appear to be more consistent over people’s addresses,” says Peterson. “Our ability to reach patients has become more reliable for billing as a result of using mobile numbers instead of physical addresses. During the
pandemic people took their cellphones with them even if they left the city for a few months.”

And then something totally unexpected began happening that the revenue cycle team was surprised by.

“The most remarkable thing is that during COVID, self-pay collections have remained strong through all of these months,” notes Nagengast. “How the heck did that happen? This is at a time where we stopped sending accounts to external collections, we inhibited the progression to self-pay for any diagnoses related to COVID, erring on the side of caution. Our collections at the time of service plummeted, obviously, but during that entire period, our self-pay cash collections have been remarkably strong,” he said.

Nagengast attributes the success, in large part, to MobilePay reaching patients on their mobile devices and making it easy for them to pay their medical bills.

“How do we reach out to the next generation of patients that aren’t used to paying their bills like other people?”
– Richard Nagenast, VP of Revenue Cycle 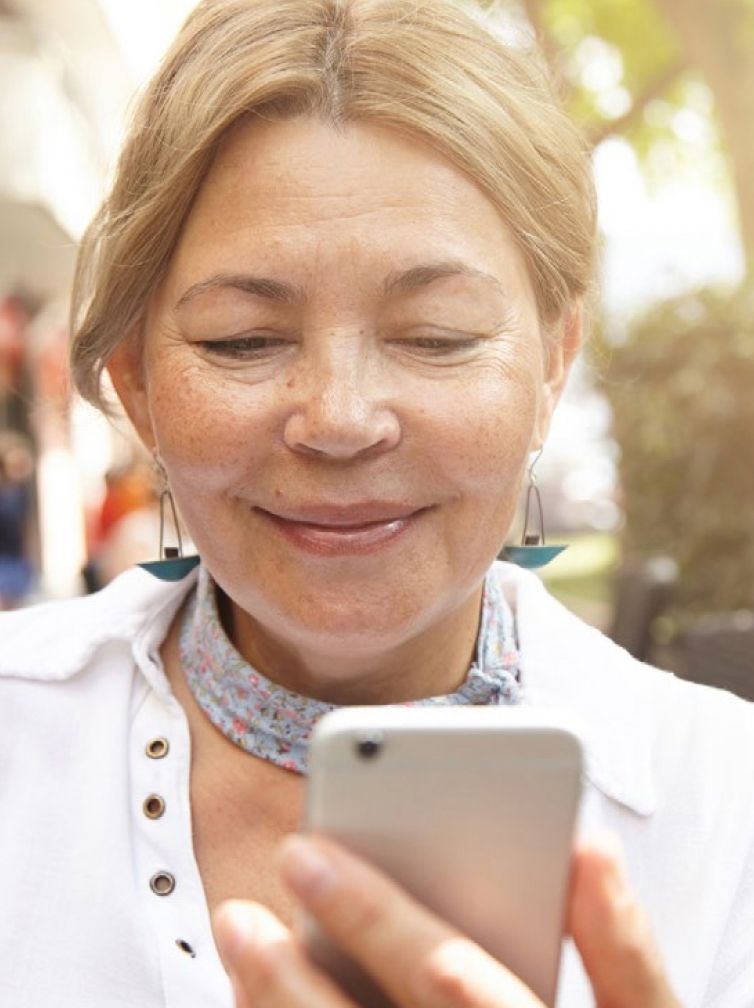 “Now, nearly two years since launching MobilePay at Mount Sinai Doctors, it’s been since deployed to the radiology group and the pathology department. It has been a smashing success at all three. Mount Sinai Doctors days in accounts receivable number had hardly budged in over a decade, Nagengast jokes, until they rolled out MobilePay. In the last two years DAR has decreased by about nine percent overall,” he says.

“Every time we go live with new groups and entities of the Mount Sinai network, MobilePay exceeds our expectations,” says Nagengast.

Even the top brass took note. John Hart, Vice Chairman of Radiology, sent a note of thanks to the company when more than $6,800 dollars was collected in the first three hours of his Radiology Department going live on MobilePay.

And in terms of performance, the increase in revenue and accelerated payment collection has exceeded expectations. MobilePay is significantly outperforming all other digital payment channels, while also helping improve existing payment channels and reducing manual rework.

“Every single payment made through MobilePay would likely have been a call to our call center or a physical check to a lockbox we’d have to manually post to someone’s account,” says Peterson. “There’s no value in doing rework for revenue cycle. Still, if a patient gets the text statement and has questions it’s easy for them to call our call center and the call center can get them to make a payment over the phone.”

Now, Nagengast and his team are rethinking Mount Sinai Doctors’ entire collections strategy. Instead of sending patient bills to collections after a few statements and phone calls, they are thinking they can use MobilePay to capture payments that are 120+ days old.

“We are now thinking we can keep more of our self-pay receivables in-house and increase our leverage on how we use MobilePay,” he says.